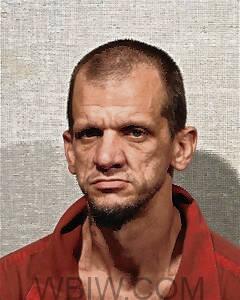 Thompson was out on a $10,005 bond when he was arrested in May 2022 on charges of dealing and possession of meth, possession of marijuana, and possession of a controlled substance. Thompson failed to appear in court on August 10, 2022 for a hearing in Jackson County Circuit Court. Judge Richard Poynter issued a warrant for Thompson’s arrests.

Thompson is now being held without bond.

Town Marshal Jeff Walters knew Thompson was staying at his father’s home on First Street in Medora and went to the home to arrest him on the outstanding warrant.

When they went to Thompson’s bedroom, they found him partially standing in a closet. Thompson then resisted arrest and was tazed and detained. In Thompson’s pockets police found 19 grams of meth, a digital scale and marijuana.

The homeowner requested police to make sure nothing illegal was still in the home, so officer searched the home. Where Thompson was standing in he closet officers found a firearm on top of clothing. The gun was placed in evidence.

Police interviewed Thompson the next day, and he admitted to again dealing meth. The dealing charge was then enhanced to Thompson being in possession of a firearm.