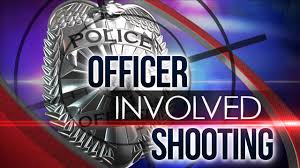 MUNCIE –  At the request of the Muncie Police Department, the Indiana State Police Pendleton District is investigating an incident that led to an officer-involved shooting in Muncie, Indiana.

The preliminary investigation by Indiana State Police detectives revealed approximately 1:00 a.m. Thursday morning, officers from the Muncie Police Department responded to the1500 block of east  Andover Street in response to an alleged domestic disturbance call they received from a concerned neighbor.

When police arrived, they made contact with a male inside the residence while remaining outside.  Officers began negotiations with that individual.  Muncie Police Department then activated their Special Weapons and Tactics (SWAT) Team to respond.

At some point during the incident, officers heard gunshots from within the residence, and saw a man approach a window of the house, and allegedly pointed what appeared to be a firearm at officers.  Officers fired at least once from their department-issued rifles striking the male.

The 45 year-old man was immediately given medical treatment, however, was pronounced deceased by the Delaware County Coroner Gavin Green.

No one else was injured in the incident.

The identity of the deceased, and of the officers involved in this incident will be released at a later time.

This is an active investigation by the Indiana State Police, and once completed, will be turned over to the Delaware County Prosecutor for review and determination of charges, if any, to be filed.

There is no further information to be released at this time.