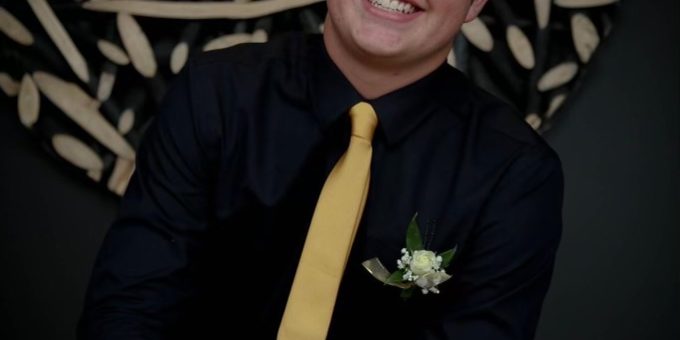 BEDFORD –  Kaedyn Bennett, son of Bryce and Marci Bennett has been named the Genius Jock at Bedford North Lawrence for the month of August, presented by the Attorneys at Pittman Law firm, Greg Pittman and Michelle Woodward.

Kaedyn is a Senior at BNL and a three-sport athlete in football, basketball, and baseball, Kaedyn is on track to earn 11 varsity letters, while also maintaining a 4.22 GPA.

Participating in more than just athletics, Kaedyn is a member of the Student-Athlete Leadership Team, Beta Club, Pep Club, the National Honor Society, and Champions Together.

Kaedyn enjoys being involved with the school through his classes, clubs, and athletics, but he knows he wouldn’t be able to perform if it weren’t for the dedication he has for his grades.

“Taking a study hall has definitely helped me keep up with my homework, which is great because we get out of practice later, and I like to be in bed early so I am ready for the next day,” said Kaedyn. “I don’t know where I want to go to college yet, but I am going to be studying mechanical engineering. It would be great if I could play sports at the next level, but the classroom will always come first. If you work hard in the classroom, the field or the court will come a lot easier.

BNL Athletic Director, Jeff Callahan, says having Kaedyn as the first BNL Student recognized for his efforts is a great way to start acknowledging the impressive student-athletes at the school.

“He is a true student-athlete and takes both athletics and academics seriously,” said Callahan. “He is competitive, but a great representation of the student body. A lot of time and effort is put into maintaining good grades and succeeding in the sports he plays, and it shows with how well he can balance both.”