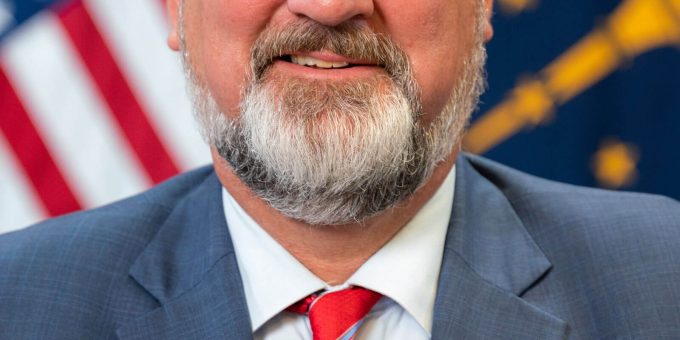 INDIANAPOLIS – Governor Eric J. Holcomb landed in Taipei Sunday morning to kick off an economic development trip in Taiwan and the Republic of Korea. The trip will include visits with Taiwanese and South Korean government officials, business leaders and academic institutions to further strengthen Indiana’s economic, academic and cultural connections with Taiwan and South Korea.

“I couldn’t be more energized to spend this week building new relationships, reinforcing long time ones and strengthening key sector partnerships with Taiwan and South Korea,” said Gov. Holcomb. “This week marks my second trip to South Korea as Governor, and I am also proud to be the first U.S. governor to visit Taiwan since before the COVID-19 pandemic. I’m committed to building an economy of the future with these global partners who are helping propel Indiana forward by creating tomorrow’s businesses, today.”

The trip to Taiwan comes on the heels of two recent semiconductor industry announcements in Indiana including Taiwan-based MediaTek, as well as the recent signing of the federal CHIPS Act, placing a focus on strengthening Indiana’s technology microelectronics ecosystem. The delegation will focus on strengthening Indiana’s economic and academic partnerships and reinforcing the state’s commitment to innovation, as well as committing to working together to build the economy of the future on an international scale.

“The unprecedented economic progress Indiana has secured this year doesn’t happen without like-minded partners here and around the world,” said Indiana Secretary of Commerce Brad Chambers. “A shared commitment to innovation and collaboration is key to continuing our success, and I’m thrilled to spend the week strengthening that collaboration with our friends in Taiwan and South Korea.”

The delegation led by Gov. Holcomb, which includes Sec. Chambers and Indiana Economic Development Corporation staff, Purdue University Dean of College of Engineering Mark Lundstrom and Chief of Staff Alyssa Wilcox, will visit Taiwan over two days, during which they will meet with business leaders, academic leaders and government officials. The group will then travel to Seoul for two days, returning to Indianapolis on Saturday, Aug. 27. Lundstrom will return to Indiana after departing Taipei, and Purdue University president-elect Mung Chiang will join the delegation in Seoul after the first days of the new academic year on Purdue campus.

On Aug. 22-23 in Taiwan, Gov. Holcomb and the delegation will meet with Taiwanese government officials and business leaders. On Aug. 25-26 in South Korea, they will meet with current and prospective business representatives and U.S. government leaders, and Gov. Holcomb will highlight Indiana’s commitment to innovation to members of the American Chamber of Commerce.

“Purdue University is delighted to be invited as part of the state of Indiana’s delegation led by Governor Holcomb and Secretary Chambers,” said Dr. Mung Chiang. “Boilermakers have long-standing academic partnerships with institutions in Taiwan and South Korea, and we look forward to attracting tech companies and jobs to the hard tech corridor in the Hoosier state.”

Indiana is home to more than 1,050 foreign-owned business establishments, representing more than 40 countries and territories — including 10 from Taiwan and 12 from South Korea. In 2021, 47 foreign-owned businesses committed to locating or growing in Indiana. Together, these firms plan to invest $3.55 billion in Indiana, creating jobs with an average wage of $29.57 per hour and accounting for 14% of the total new jobs committed in 2021.

Gov. Holcomb will be the first U.S. governor to visit Taiwan since 2019 and is the first Indiana governor to go to Taiwan in 17 years. This marks Gov. Holcomb’s 12th international economic development trip as governor. The cost of the trip is being paid through private donations to the Indiana Economic Development Foundation.