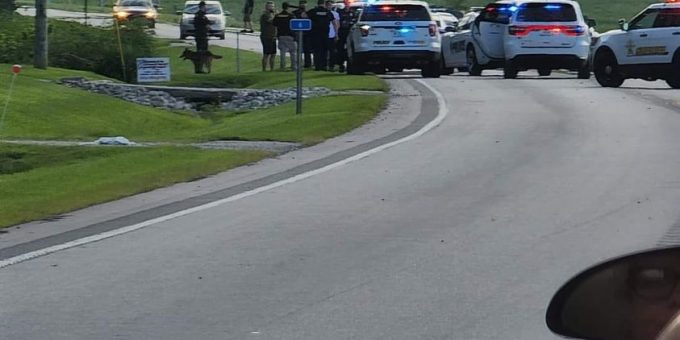 BEDFORD – Two people were arrested after leading police on a vehicle pursuit Friday. Multiple police departments joined the pursuit bringing it to a successful end with no injuries.

According to a probable cause affidavit,  on Friday at approximately 6:53 p.m. a Bedford Police officer was on routine patrol traveling west on 16th Street in the area of Poplar Street when he noticed a white Ford Focus that was traveling east on 16th Street with the passenger hanging completely outside the window and who was partially on top of the roof of the vehicle.

The officer then turned around and attempted to stop the vehicle, but the driver refused to pull over and proceeded across westbound traffic.

The officer saw an oncoming red pickup truck slide to a stop, barely missing the Ford Focus. The vehicle then turned north onto S Street and accelerated toward 15th Street.

Once the vehicle reached 15th Street the driver turned west and immediately went north on T Street. The street was blocked due to construction and the driver drove through a vacant grass lot on the east side of T Street. It then went east on 15th Street, back south on S Street, and then West on 16th with the officer pursuing the vehicle.

The vehicle continued west on 16th Street until it reached Becky Skillman Way and turned north and then cut through the parking lot of Big Lots. The vehicle turned north onto James Avenue and was approaching John Williams Boulevard. Once the vehicle reached John Williams Boulevard another Bedford Police officer utilized his tire deflation device and was able to successfully deploy it on the left rear tire of the vehicle.

The vehicle then traveled east on John Williams Boulevard and then went north on 8th Street from X Street, leading officers around Bedford at a high rate of speed.

At this point, there were multiple Bedford Police Department vehicles and at least one Lawrence County Sheriff’s vehicle following the vehicle with their emergency lights and sirens sounding, before the vehicle continued south on State Road 37, traveling over 100 miles per hour at several points in the pursuit.

The vehicle continued south and lost the complete tire on three wheels. The vehicle lost these tires after completing a spin-out in the north and southbound lanes of State Road 37.

The vehicle turned west on State Road 60 and continued traveling west., where an officer noticed an older Dodge Ram pickup parked in the middle of the road ahead of the pursuit. The truck was partially on the centerline.

As the Ford Focus approached this truck, the driver lost control and spun off the roadway in a ditch on the south side of State Road 60 West.

Atwood failed to comply with police orders and had to be forcibly removed from the vehicle. She was taken to the ground and handcuffed and escorted to a Bedford Police vehicle. Atwood continued to “powerfully push against officers and explosively turned into an officer”. She refused to walk and had to be forced into the police car.

Meanwhile, other officers were detaining the driver Dillan Olson who was taken into custody without any further incident. The vehicle was inventoried and towed by Stone City Collision.

Both Atwood and Olson were transported to the Bedford Police Department where they learned Olson was wanted on a warrant in Colorado, and that Dillon was a habitual traffic offender.