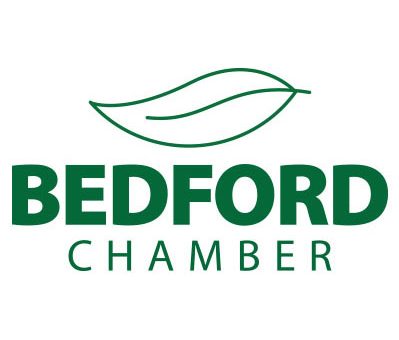 BEDFORD – The 106th Annual Bedford Chamber of Commerce dinner met at the Lawrence County Fairgrounds Expo Hall building, to honor and commemorate the important businesses and individuals in the Bedford area Friday evening.

Attendees made their way into the building and had the opportunity to enter a 50/50 raffle, and the chance to win a bench made by the Lawrence County Introduction to Local Jobs and Skills (ILJAS) class before finding their way to their designated tables.

The evening’s events were kicked off by Keynote Speaker, Lonnie Bedwell, and the challenges he faced after losing his sight in an accident 25 years ago.

A former Navy Petty Officer, Lonnie was critically injured in 1997 during a hunting accident that instantly took his sight. Every day became a challenge for him when raising his three daughters, but he was able to teach them how to fish, hunt, and even drive.

Once the girls graduated from high school, Lonnie continued to challenge himself, ultimately becoming a renowned extreme sports athlete. When the threshold for running the Grand Canyon was placed at 1,000 kayak rolls, he took his donated kayak to the pond on his farm and rolled it 1,500 times.

Lonnie has kayaked some of the most challenging whitewater in the world and is best known for having completed the first blind descent of the Colorado River through the Grand Canyon. He climbed Mt. Kilimanjaro, summited several of North America’s highest mountains, and rock climbs, and is an avid downhill skier.

Following the speech from Mr. Bedwell, Megan Martin with Bedford Young Professionals presented the 4 Under 40 Awards to Kayla Kern, Tyson Knight, Nick Webb, and Brandi Weyer for their continued support and efforts to make the working environment in Bedford a better place to be.

“I am honored to be one of the recipients of this award, and I appreciate the opportunity in being nominated,” said Weyer.

The event continued with the presentation of the annual chamber awards for 2022, with three new categories including the Business Hall of Fame, the Small Business of the Year, and the Non-Profit of the Year.

George McNichols was honored for his years of service with Hoosier Hills Credit Union and was caught off guard when his name was announced during the dinner.

“This definitely was a surprise, I am truly honored to receive this award,” said McNichols. “I wouldn’t be able to accept this without mentioning the good work that the credit union does, and the impact they continue to have on the community, and for credit unions around the nation. I am truly and deeply honored.”