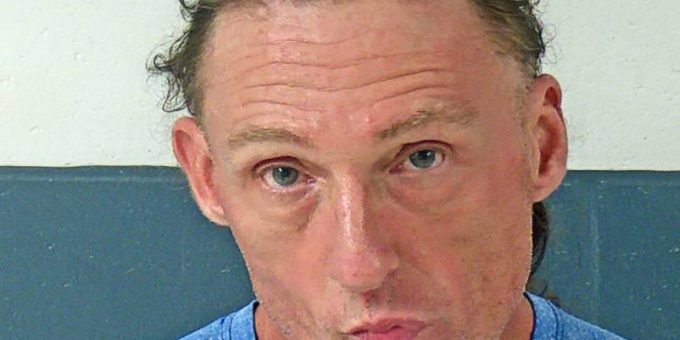 BEDFORD – A Bedford man was arrested Thursday after a Lawrence County Sheriff’s Department deputy noticed a vehicle that was traveling on State Road 50 East had a missing headlight and non-working license plate light.

The driver pulled into a Circle K on 16th Street and then pulled out of the parking lot. He had the dome light on and the officer could see the driver reaching around in the vehicle. The officer followed the vehicle to 1428 16th Street where the driver quickly turned into another gas station parking lot without signaling and sped to the other side of the building as if trying to evade the officer.

The officer turned on the police vehicle’s overhead lights and conducted a traffic stop.

The male driver was identified as 58-year-old William Brock, of Bedford.

The officer said Brock appeared to be “extremely nervous”. A canine officer was requested to the scene.

Brock told the officer he had stopped at the station to purchase butter.

Nothing illegal was found in the vehicle, but Brock continued to ‘act nervous”. After the search of the vehicle, Brock was told he could leave.

Brock “nearly sprinted and leaped back in the vehicle as quickly as possible despite not having gone into the store for butter”.

As Brock stepped towards the vehicle, officers noticed a small baggie containing a white substance had been concealed under Brock’s foot.

Brock was asked to stop his vehicle and he was detained.

Brock denied the baggie was his and then became irate. He refused to place his hands behind his back but inevitably was placed in handcuffs.

Brock was arrested on a charge of possession of meth.