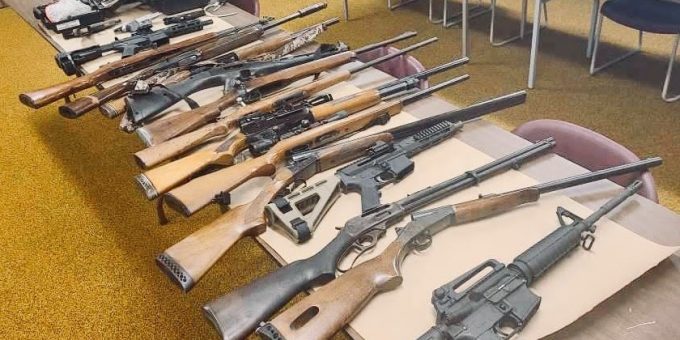 SOUTH BEND – At approximately 6:40 a.m., on July 26, 2022, the Indiana State Police, in cooperation with the South Bend Police Department SFU, served a search warrant at a residence in the 1100 block of Queen Street in South Bend.

This warrant was the result of an extensive investigation into drug dealing and guns that began from a citizen complaint.

The warrant resulted in the discovery of 7.5 grams of suspected methamphetamine, approximately 2.8 pounds of suspected marijuana, pills identified as narcotics, numerous items of drug paraphernalia, and 19 firearms.  One of the firearms had an obliterated serial number and one had no serial number, commonly called a Ghost Gun.