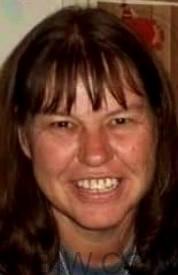 Angela R. Brown, 56, of Bedford, passed away on Sunday, July 24, 2022, at Indiana University West Hospital in Avon after an extended illness.

Born on November 25, 1965, she was the daughter of Gary and Rita (Dalton) Wessell. She married Arthur Brown on June 25, 1983, in Bedford, and he survives. She worked at CVS Stores for many years.

Angie was preceded in death by her parents, Gary and Rita Wessell, and her sister, Susan Wessell.

Private family services are being held at the Ferguson-Lee Chapel of Thorne-George Family Funeral
Homes with burial in Green Hill Cemetery.

Ferguson-Lee Chapel of Thorne-George Family Funeral Homes has been entrusted with the arrangements
for Angela R. Brown.