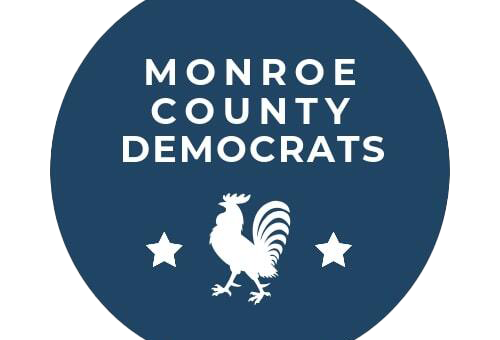 BLOOMINGTON — The Monroe County Democratic Party will host “Roe, Rokita, and the Right Wing War on Women” at 7 PM via Zoom Sunday, July 24.

The Zoom panel will feature Secretary of State Candidate Destiny Wells and Dr. Tracey Wilkinson, a colleague of Dr. Caitlin Bernard whose guest essay was recently published in the New York Times.

Participants will have an opportunity to learn more about the facts behind the abortion case putting Indiana in the national spotlight as we explore Indiana Attorney General Todd Rokita’s offensive persecution of providers assuring abortion rights to a 10-year-old rape victim from Ohio.

Additionally, participants will learn how to effectively advocate for change in Indiana, especially in preparation for the start of the legislature’s special session on July 25.

“This case — with a politically motivated investigation of a doctor providing legal and potentially life-saving care, and a right-wing campaign to discredit the experiences of a child who suffered horrific abuse — offers a terrifying glimpse of the future of healthcare and constitutional rights in Indiana,” said MCDP Vice Chair Shruti Rana. “We need to act now to try and stop the Republican supermajority in Indiana from passing an abortion ban, and to show the legislature that Hoosiers support freedom, the rule of law, and science-based healthcare.”

This event is the third in a series of virtual and in-person Town Hall meetings hosted by the Monroe County Democratic Party since the Dobbs decision in June. Previous Town Halls explored the meaning of the Dobbs decision, the potential actions by the Indiana General Assembly, and the disparate impacts on women of color. Following the General Assembly Special Session, MCDP will host an in-person Town Hall with local decision makers to explore our community response.

“If the majority of Hoosiers support access to abortion care, then why are we begging the Republican supermajority legislature and the Governor to not take it away? Because the ballot box is broken — we must restore accountability to the people,” said Secretary of State Candidate Destiny Wells.

Register for the zoom here: https://tinyurl.com/mcdpzoom