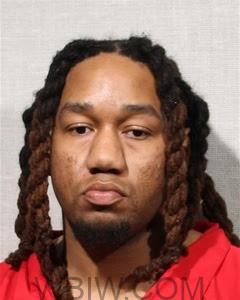 SEYMOUR – On July 11, 2022, a traffic stop by an Indiana State Trooper led to the discovery of approximately a half kilogram of suspected cocaine, which resulted in the driver of the vehicle being arrested on multiple drug-related charges.

The investigation began shortly before 1:00 p.m. when Master Trooper Randel Miller conducted a traffic stop on a 2022 Nissan Altima for multiple traffic infractions on I-65 Southbound near the 51-mile marker in Jackson County, Indiana.  During the traffic stop, Trp. Miller observed numerous indicators of criminal activity along with the odor of marijuana coming from the interior of the vehicle.

During a search of the vehicle, Trp. Miller located a vacuum-sealed bag containing approximately a half kilogram of suspected cocaine, along with marijuana and pills. Over $600 in cash was also located during the investigation.

The estimated street value of the cocaine was estimated to be $15,000.