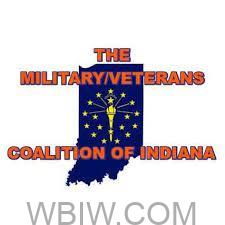 On Thursday, July 14th, at 10 a.m. the long-awaited Desert Storm Memorial will break ground in Washington D.C. At the same time, the leadership of The Military / Veterans Coalition of Indiana will be making a monumental announcement concerning planned additional commemorative monuments to enhance the Indianapolis landscape.

The Military / Veterans Coalition of Indiana is announcing that they have established a not-for-profit foundation (a 501(C)3) which will initially conduct two projects.

The design for the Indiana Desert Storm Veterans War Memorial and Indiana Global War of Terrorism Veterans War Memorial will be developed over several months of input collection from Veterans and interested parties from around the state. Several “town hall” meetings and collaborative efforts are to be held. Additionally, we strongly encourage anyone who desires, to respond to the Desert Storm Project or the Global War on Terrorism Project.

The Military / Veterans Coalition of Indiana Foundation, Inc. Board of Directors and their Design Team(s) after months of data collection surveys, contemplation, and review sessions plan to incorporate the heartfelt thoughts and suggestions directly into the memorials’ design to create a fitting, meaningful and memorable experience for visitors and those most affected by these wars.

Indiana Veterans have always led in recognizing the sacrifice and achievement of Hoosiers and have built war memorials in such grandeur and numbers that Indiana is only exceeded by our nation’s capital in honoring such devotion.

Now is the time that Hoosiers to memorialize these men and women for their selfless sacrifice, unwavering dedication, duty, honor, and placing country over themselves just as those from Indiana did for the last 207 plus years. Just like Desert Shield & Desert Storm required—the Military / Veterans Coalition of Indiana needs your help.

After the unthinkable assault on our homeland in September of 2001, Indiana remained committed along with the rest of our nation against terrorism. The Board of Directors of The Military / Veterans Coalition of Indiana Foundation is steadfast and unwavering in these efforts and will stop at nothing short of total success in remembering our fellow veterans who shared this experience and for all who have served.