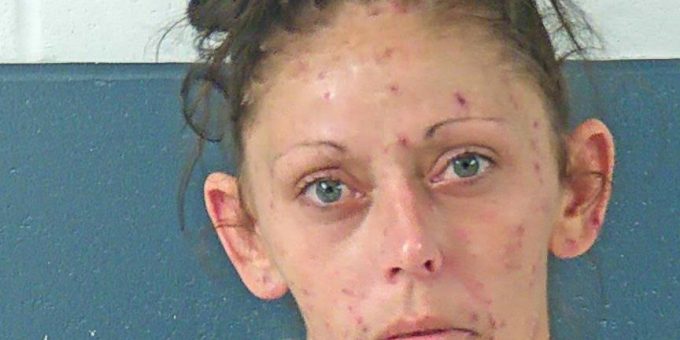 BEDFORD – A Bedford woman was arrested after she was stopped by the Oolitic Town Marshal Thursday at 3:04 a.m.

The Marshal stopped a blue 2006 Mini Cooper in the 400 block of Lafayette Avenue driven by 22-year-old Jessica Hackney because the vehicle’s headlight was out. There were three passengers in the vehicle.

The Marshall said Hackney appeared to be extremely fidgety, sweaty and had open sores on her face, arms, and legs. She was requested to exit her vehicle, and she complied.

The passengers were also asked to exit the vehicle.

Hackney told police she had injected Heroin in her neck two hours prior to being stopped.

She then stated there was also a syringe in her bra.

Hackney was taken to IU Health Hospital to be medically cleared and the syringe was removed from her bra. She was transported to the Lawrence County Jail on charges of possession of a narcotic drug, unlawful possession of a syringe, and possession of meth.

Her passengers were released from the scene.