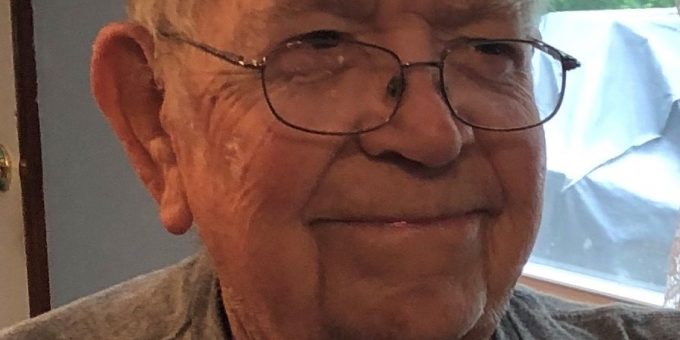 Marion David Fish, 88, of Bedford, passed away at his residence at 7:11 a.m. on Saturday morning.

Born November 9, 1933, in Lawrence County, he was the son of Raymond Fish and Elizabeth (Cummings) Fish. He graduated from Shawswick High School as the Valedictorian of the class of 1951. He married Phyllis A. (Louden) on September 30, 1955, and she survives.

He was a Corporal in the U.S. Army and was stationed at Ft. Benning, GA, from 1956 to 1958, and then served in the National Guard. He farmed as a young man on his Grandma and Grandpa Fish’s farm and also on his brother Gordy’s farm. He also worked for Hostess Cakes as a delivery driver and also owned and operated the Avoca gas station for a short time. He retired from General Motors as a relief operator in the Die-Cast Department in 1989 after 27.5 years and was a member of the UAW. He also was “Vice President” at Fish-N-Supply for 28 years, where he was the chief lure assembler in a small part-time business, assembling lures and “hoping someone would catch a big fish” on one of his lures.

Dave was a baptized believer and served the Lord with gladness throughout his life, was a Sunday School teacher for many years, was a deacon in two congregations, and most recently was a member of Sherwood Oaks Christian Church in Bedford. He served as President and Vice President of the Mt. Pleasant Cemetery Association and was active with the cemetery for the last 50 years or so.

The marriage of Dave and Phyllis was a match made in Heaven, which they were blessed to have for over 66 years before his passing, and it was based on putting God first, and then each other. He loved Phyllis dearly, “a bushel and a peck”, and they were together thru good times and in bad, thru sickness and in health, thru life’s ups and downs.

Dave, Pop, Papaw, or Pa, as he was lovingly called by so many, had a heart of gold, would do anything for
his family and friends, and were loved by virtually anyone that knew him. He loved his family so much and was proud of his kids, grandkids, and his great-granddaughters, who really brightened Papaw’s world, even a day before his passing, and he was looking forward to the arrival of his great-grandson, Good Lord willing, in July.

Papaw was a best friend to his grandkids, and they never outgrew that. He tried his best to never miss a sporting event, dance recital, or church or school program that his grandkids were involved in. He helped coach his grandsons’ Oolitic biddy basketball teams, two teams per season, for seven years and loved supporting his grandkids and being there for all his family. We were blessed by the perfect Heavenly Father to have this wonderful man in our lives. He was also “Pa” to so many other young people who loved Dave so much, even many who were not related by blood.