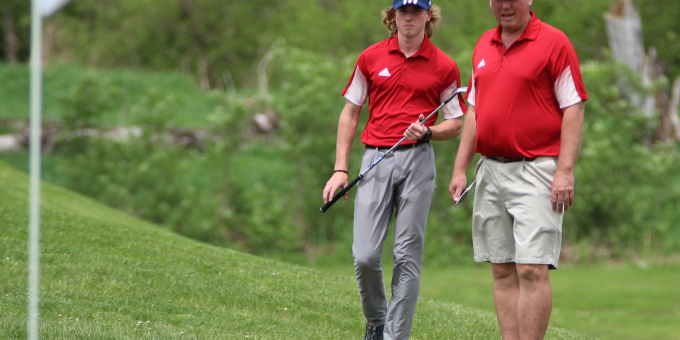 BLOOMINGTON – Bloomington North edged Bedford North Lawrence by one stroke during an 18-hole high school match at Cascades on Tuesday.

The Cougars posted a 326-327 victory on the courses that will host the IHSAA sectional next month.

“It was a nicely managed round by Colton,” BNL coach Jeff Hein said. “It was the first time he’s broken 80 in competition. He hit the ball straight and just didn’t get in trouble today, and it’s much easier hitting approach shots from the fairway.

“Trevin, for the second straight round, had one hole – tonight it was 8, Saturday it was 13 – in which he hit two consecutive tee shots out of bounds and made a quadruple bogey on the hole. Both holes had OB left and he pulled two consecutive shots off the golf course.

“We need to do a better job of not throwing strokes away on tighter golf courses like Cascades. Practicing as much as we have on the front nine at Otis enables us to blow it anywhere, and you just can’t do that at Cascades.”

BNL will compete in the Franklin Invitational at The Legends on Saturday.