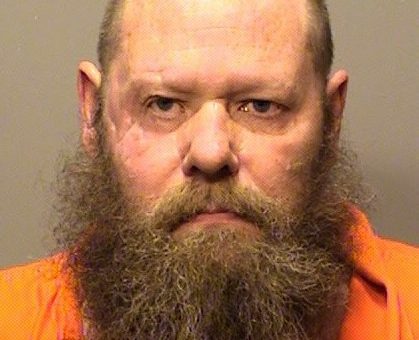 BURNS HARBOR- On Friday, a felony arrest warrant was served on 56-year-old Harold A. Harvey of Burns Harbor, IN, by members of the Burns Harbor and Porter Police Departments.

This was the result of a lengthy investigation conducted by detectives assigned to the Indiana State Police Internet Crimes Against Children (ICAC) Task Force after a cyber tip was received in September 2021 from the National Center for Missing and Exploited Children (NCMEC) regarding activities on a social media account associated with Harvey.

A total of 14 additional tips were received over the next few months that were all found to be associated with other social media accounts linked to Harvey. A search warrant was executed at his residence in March 2022 and additional evidence was discovered.

The case was presented to the Porter County Prosecutor’s Office which subsequently approved the filing of criminal charges against Harvey, who was incarcerated at the Porter County Jail where he will remain until his initial hearing. He has been charged with five counts related to the Possession of Child Pornography, all level-5 felonies.

All suspects are presumed innocent until/unless proven guilty in court.