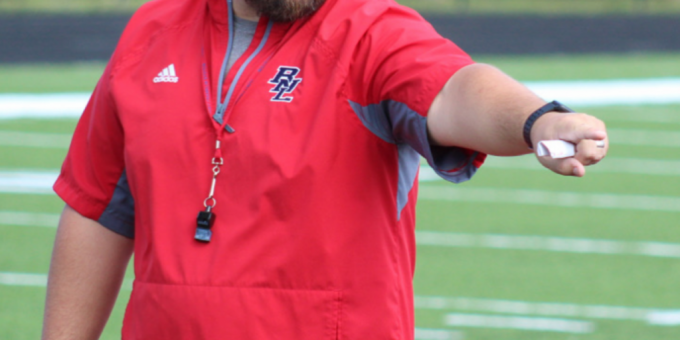 BEDFORD – Bedford North Lawrence football has been assigned to Sectional 23 in Class 4A by the IHSAA’s Executive Committee.

The Stars, who were moved down from 5A because of dropping enrollment, were placed in an eight-team sectional field along with East Central, Edgewood, Greenwood, Jennings County, Martinsville, Shelbyville and Silver Creek.

Class 4A will have 63 teams, with seven of the eight sectionals featuring eight teams.

“It’s where I expected to end up,” BNL coach Derrick Barker said. “It’s curious they replaced Mooresville (which is now in Sectional 21) with Shelbyville, but it probably makes sense on the map. It will definitely be a challenge.”

That shift makes BNL’s quest for a sectional title more difficult over the nest two seasons. The Stars, who have won only one sectional championship in program history, were clustered with Floyd Central, Jeffersonville and New Albany in 5A in previous seasons, requiring only two wins to take the title. Now BNL will need to win three postseason games to take the trophy.

BNL’s overall postseason record is 11-37, with the title in 2011. The Stars have won only three sectional games during the last eight seasons.

Some of the new potential postseasons opponents are already familiar. BNL plays Martinsville and Jennings County (a member of the Hoosier Hills Conference) during the regular season. Martinsville lost to East Central in last year’s sectional final.

East Central has been a dominant force in 4A with five sectional titles during the last seven years.