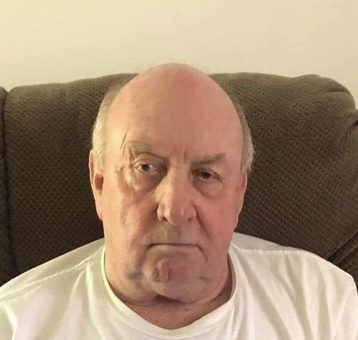 Robert D. “Crowbar” Jones, 81, of Shoals, passed on Sunday, April 17, 2022 at the Memorial Hospital and Health
Center in Jasper.

He was born December 29, 1940 in Dubois County to John and Ruby (Hagen) Jones. He graduated Springs Valley High School Class of 1959, retired from the B&O / CSX Railroad and was a member of Nicholson Valley Church. He was a member of the American Legion Post #61, was 7 th District Indiana Vice Commander for six years and Post 61 Commander for eight years. He loved hunting, fishing and spending time with his grandkids.

He was preceded in death by his parents and one son, Robbie Halbert.

Funeral services are 12:00 p.m. Thursday at the Nicholson Valley Church in Dubois, Indiana with Pastor Albert Madden officiating. Burial will be in the Crystal Cemetery. Visitation will be 10:00 a.m. until the time of service at the church. The Queen-Lee Chapel of Thorne-George Family Funeral Homes has been entrusted with he arrangements.