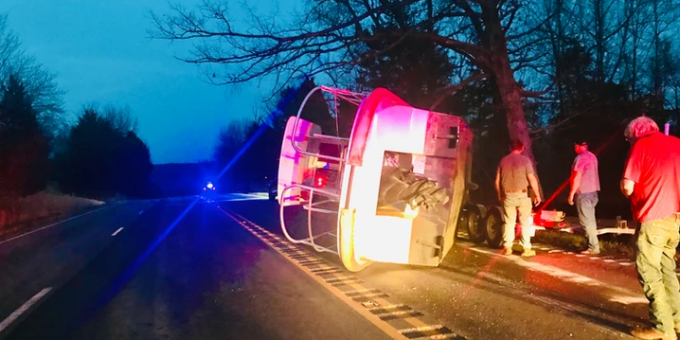 BRYANTSVILLE – A cable came loose causing a boat to come off a trailer and landing on its side. The incident happened at 8:17 p.m. Tuesday forcing U.S. 50 west near truck lane hill to be closed for several hours as crews worked to clear the roadway.

The boat was being transported from Monteagle, Tennessee to Four Winds Marina on Lake Monroe. The trailer suffered minor damage.

Jacksons Heavy Haul used two wreckers to upright the boat which was then loaded on a trailer provided by Mikels Signs.

The Indiana State Police investigated the accident. There were no injuries reported as a result of the accident.