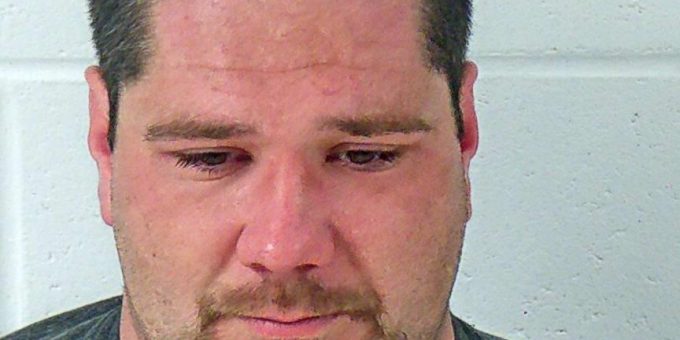 BEDFORD – A Bedford man was arrested after Bedford Police officers went to a home Monday at 1020 O Street to serve a warrant for failure to appear on 30-year-old Reese Spaulding.

When officers arrived they found a male sitting in the driveway who told officers he was there to meet Spaulding.

While speaking with the man an officer noticed a cell phone and an open can of Mountain Dew on the back step of the home. The officer pushed the home screen button and the phone displayed Reese Spaulding on the home screen.

Officers then went to the front door and announced their presence, but there was no response from inside. Officers then attempted to open both the front and back door with a halligan tool but were unsuccessful. It was at that time officers decided to force a door open.

Officer then detained Reese on the outstanding warrant.

After officers located crystal meth and a digital scale, they obtained a search warrant for the home. A yellow tin that continued crystal meth was found during that search.