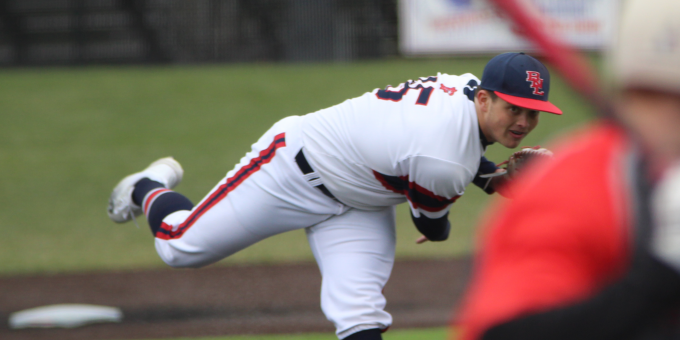 BEDFORD – Bedford North Lawrence saved its best for last, rallying in the bottom of the seventh inning to conquer Austin 5-4 during baseball action on Monday night.

Trailing 4-3, with two outs, the Stars came storming back in the final frame. Ryker Hughes started the comeback with a hustling double and Kylar Fisher followed with a run-scoring single as Hughes scampered home. Pinch runner Maddox Ray stole second, and he raced home with the game-wining run when Kaedyn Bennett smashed a single up the middle.

“We always tell the kids a game is 21 outs,” BNL coach Jeff Callahan said. “Sometimes that 21st out is the toughest to get. We took it about as far as we could, and we were able to pull it out at the end when it didn’t look like were were going to. The kids battled and were able to pull one out.”

The Stars (2-2) took a 1-0 lead in the first via an error, Kline Woodward’s single and Jonny Stone’s sacrifice fly. The Eagles answered with a run in the second, thanks to two BNL miscues, then took their first lead in the third on Brayden Furnish’s RBI single.

BNL rebounded with two runs in the third. Cal Gates walked and later scored on Grant Dalton’s sacrifice fly. Woodward doubled and scored on an error for a 3-2 advantage. Austin responded with two in the fifth with Brenden Hanner driving in a run and Furnish scoring the go-ahead run on BNL’s fourth error.

That set the stage for BNL’s dramatic finish and Bennett’s clutch hit.

“Kaedyn is the type of kid that will give 100 percent,” Callahan said. “He will do everything he can to help the team win.”

Hughes had two doubles and Woodward had two hits for the Stars.

BNL is scheduled to host Rockford (Mich.) on Friday.