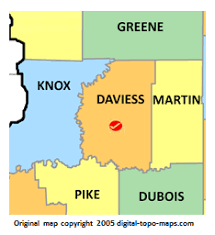 DAVIESS CO. – A new 911 Central Dispatch Center is up and running in Daviess County.

The new center combined dispatchers from the City of Washington and the Daviess County Sheriff’s Department.

Daviess County Sheriff Gary Allison says the idea was formed many years ago in the hope to increase emergency response time. The new center is a culmination of local partnerships and hard work over the last several years.

The entire project costed around $1.4 million and will have an annual budget of roughly $1.1 million.

While the Central Dispatch is housed in the Daviess County Sheriff’s Department, it is its own entity separate from the previous dispatch centers.