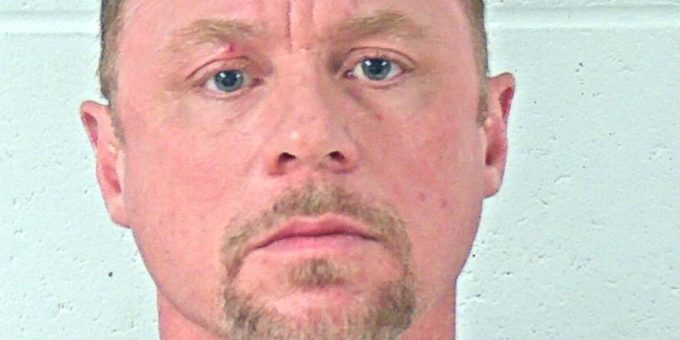 MITCHELL – A Mitchell man was arrested when a warrant was issued for his arrest after he allegedly violated a protective order on Friday, Feb. 4.

According to a probable cause affidavit on that day, Lawrence County Sheriff’s Department deputies were called to a report of a man and woman yelling at each other in the 560 block of Southridge Drive.

Officers were informed that there was an active protective order in place against 51-year-old Richard Cota.

Cota told police he had just been released from rehab in Indianapolis and was just trying to get his truck. Cota told the deputies that his attorney was to meet him at the home to retrieve the truck.

Cota told police when he arrived at the house, he knocked on the door and then stepped back on the grass when the female answered the door. He told the female he was there to pick up his truck. The female agreed to give Cota access to the garage to retrieve his truck. But the truck would not start.

The female told police that nothing happened between the two and Cota was telling police the truth of what happened. The female did not want Cota arrested.

The officer gave Cota a ride to a friend’s house on Stevens Lane and told him to get a writ of assistance to get his truck.

This information was forwarded to the Lawrence County Prosecutor’s Office and a warrant was issued for Cota’s arrest.