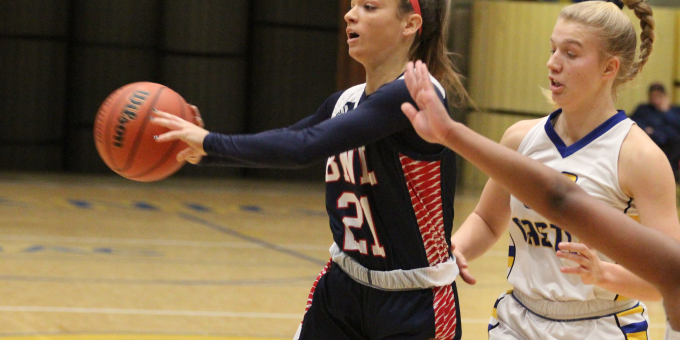 BEDFORD – Bedford North Lawrence, one of the true blue-blood programs in Indiana, with the crowns and jewels to prove its nobility, has a shot at greater postseason treasure, at greater glory, at something special if the stars align. The question: can the Stars make enough shots to get there?

With destiny calling, with a chance to win another championship, the spotlight will shine sharply on the most basic tenet of the game as No.3 BNL chases a regional title, starting with a classic rematch against Castle in the semifinal at Columbus North on Saturday. For all the analysis of every dribble and decision, the outcome probably boils down to a single issue. Can BNL shoot its way to Class 4A’s final four?

The Stars (23-2) will face a supreme challenge from the Knights (19-4) in the second semifinal. No.2 Franklin (25-1 and the defending champion) will collide with dangerous No.11 East Central (22-4) in the opener. The winners will return to battle for the trophy on Saturday night.

BNL does so many things at a high level, particularly on the defensive end. The odds will be in their favor if the Stars can adjust the telescope to find the basket. If not, BNL could face Hunger Games peril, with potential doom at every turn. The Stars have shot a tepid 40 percent this season, including the 13-for-50 performance that got them in jeopardy in the sectional final. Make ‘em, make ‘em pay. Miss ‘em, someone else could be cutting down nets and celebrating.

“It comes down to making shots,” BNL coach Jeff Allen said. “That’s been the issue for us this year. When we make shots, we’re really good. When we don’t, it‘s psychological. When they don’t see the first few go down, the pressure builds on them and they struggle. So it will be important for us to get off to a good start.

“We can play at the highest level when we make shots, but our defense still gives us a chance. It keeps us in the game, so you always hang your hat on that. I don’t care what team you are, there will be nights when you don’t shoot the ball well.”

Castle could make the same claim. Demons on defense, streaky on offense. Potentially explosive. Hard to beat no matter what. This sets up a clinched-fist, nails-tough clash, similar to the first battle between these future sectional champions on Jan. 8 at Castle.

BNL won that one 47-43. BNL star sophomore Chloe Spreen had 20 points, Carlee Kern and Mallory Pride added 10 each, and Castle shot only 30 percent. There’s that key stat again. The Knights played outstanding defense that day, limiting BNL junior guard Karsyn Norman to four points. They disrupted BNL’s offensive sets with passing-lane denial, with constant switching, with toughness and tenacity that matches BNL. Few can do that.

“They make it difficult to score. We feel like we do that, too. So it’s probably going to be another defensive battle. Hopefully we make more shots than we did on Tuesday night (against Jennings County).”

The Knights will feature a veteran cast, with seven seniors as the foundation, with Jordan Coon (11.6) as the only double-figure scorer but with other weapons. Natalie Niehaus (8.5 points, 5.6 boards), Ky Hay-Swope (7.6 points) and Megan Kain (7.6) are all capable scorers, and Keira Moore came off the bench against BNL to hit three treys and earn mention on the scouting report this time. Castle hasn’t lost since the setback to BNL.

“I like momentum,” Castle coach Bob Meier said. “If we could play tomorrow, we would. They just need a chance to prove themselves against a really good team. That game (against BNL) confirmed that they’re good. It also confirmed we can play with good teams.

“We’re in better condition now. That was first game back after Christmas break. The team just continues to gel. The seven seniors realize this thing has an ending time, so they need to use that time to grow and gel. We feel like we’re in a better place.”

Castle’s focus will be on containing Spreen (team highs of 16.2 points and 6.2 boards), on keeping Norman (14.6) from exploding, from allowing the supporting cast to do the damage it did the first time. If the Stars get into a comfortable rhythm, they have enough firepower to make Castle’s life miserable.

“They really challenge with their cuts, they do a good job of putting pressure on the defense,” Meier said. “They have the game. We know, with Norman and Spreen, that’s the focal point of their offense. They will take a lot of attention. But the other girls just came up big as role players and did a great job. We didn’t do a good job against Spreen. It wouldn’t surprise me if it’s a game that comes down to the last few minutes. Hopefully we can come out a point better somehow.”

BNL, for all the grief cast its direction when it hosts a regional in odd-number years, has won its last three regional titles at North. Norman was a major part of the last one in 2020, although most of BNL’s lineup will be getting the first taste of second-level tournament pressure and competition.

“It’s been pretty good to us the last couple of times we’ve been over there,” Allen said. “We’re hoping to get that chance again.

“We play a pretty tough schedule, these kids have been in some battles. Come this time of year, you’re not a rookie anymore, no matter what class you’re in. You’ve had a lot of experience. As far as nerves, if we have some success early, that will sure help. Just go out and compete and play hard.”

The regional champion will face the winner from Decatur in the one-game semistate (at either Jasper or Jeffersonville) on Feb. 19.

Semifinal round at Columbus North

Last meeting: On Jan. 8 at Castle, the Stars – ranked No.1 at the time – fought off the Knights 47-43. Chloe Spreen had 20 points for BNL. Keira Moore came off the bench for 12 points for Castle.

Game notes: BNL has won 13 regional titles in program history, the last in 2020. Castle has won four regionals, the last in 2019. The Stars have won three straight in the series. BNL is 2-1 against Castle in postseason meetings.