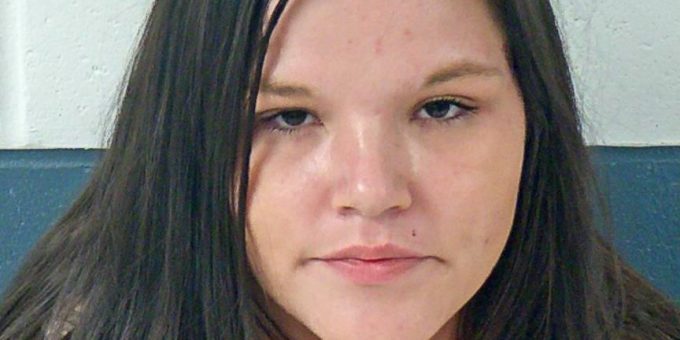 BEDFORD – A Springville woman was arrested Tuesday when a Bedford police officer stopped her vehicle after spotting it at the fuel pumps at Revere’s Food & Fuel and recognized the female driver, 28-year-old Lacy Taylor who was wanted on a warrant.

As the officer approached the gas station, Taylor drove from the fuel pumps and parked behind the building.

The officer approached the vehicle and confirmed the driver was Taylor. There was a male passenger in the vehicle.

Taylor was detained on the warrant for failure to appear.  The male was released.

While processing Taylor at the jail, a jail officer located a baggie of meth, a glass smoking pipe containing meth, and a plastic straw containing meth residue in her bra.

She was then charged with possession of meth and drug paraphernalia.