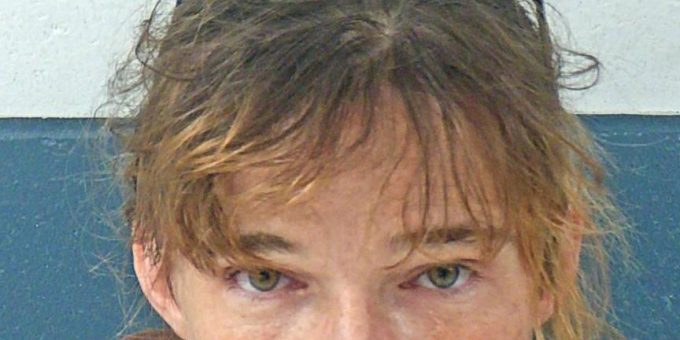 OOLITIC – A woman was arrested Sunday after an Oolitic Police officer and his canine Deny Joe found drugs in a vehicle.

The vehicle was stopped at the intersection of State Road 37 and Main Street in Oolitic because a headlight was not working on the vehicle.

She then told the officer there was meth in the vehicle.