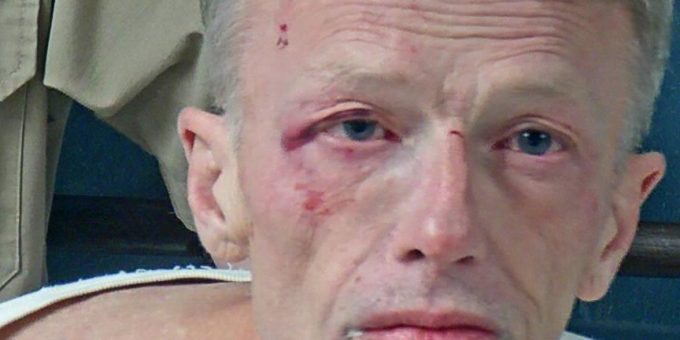 BEDFORD – A Mitchell man was arrested early Saturday morning after Bedford Police officers were called to a home in the 800 block of 15th Street after a report of a domestic dispute.

When officers arrived they could hear a man and woman yelling at each other from inside the home.

Officers knocked on the door and were greeted by a female and 57-year-old Gregory Fletcher, of Mitchell.

The woman told police she had requested Fletcher, who was extremely intoxicated, to leave her home and he refused.

Police say Fletcher was unsteady on his feet and stumbling throughout the living room.

Officers asked Fletcher to exit the home so they could separate the man and woman however, Fletcher refused.

An officer grabbed Fletcher’s arm to escort him from the home but Fletcher pulled away. The officer warned Fletcher to comply. Fletcher continued to cause a disturbance and refused to comply with the officer’s commands. Fletcher was physically detained and handcuffed.