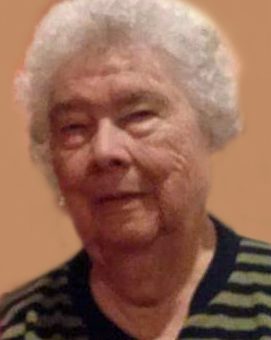 Ruth had been employed at RCA, Keane’s Insurance, and retired from the fabric department at Ben Franklin.  She enjoyed quilting, crocheting, mowing the lawn, and her cat, Miss Kitty.  Later in life, puzzles, word searches, and watching game shows became her hobby.   Ruth was a very loving, kind, and generous mother, whom we lost and God gained an angel.  She was the oldest member of Fishing Creek Chapel.

The funeral service will be at 1:00 p.m. Tuesday, November 9, in the Memorial Chapel of Chastain Funeral Home & Cremation Center with Pastor Kyle Stewart officiating.  The burial will be Talbott Cemetery. The family will receive friends from 11:00 a.m. until the service on Tuesday at the funeral home.

Memorial gifts can be made in Ruth’s memory to  Fishing Creek Chapel or Talbott Cemetery Association.