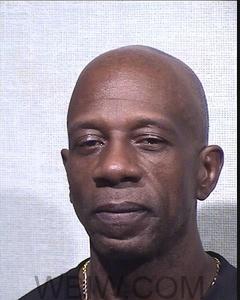 Assistant Chief Kelley was joined by another Brownstown Police officer and deputies from the Jackson County Sheriffs Department.

Shawswick and Pleasant Run Volunteer Fire Departments along with IU Health Ambulance Service was dispatched to stand-by at the intersection of State Road 58 and Bartlettsville Road in case there were injuries or accidents during the pursuit.

Officers from the Indiana State Police, Bloomington Post joined in the pursuit with the chase continuing north on State Road 446 into Monroe County.

Monroe County Deputies set up stop sticks at the entrance to Paynetown Campground, but they were not needed because Whitaker finally stopped at the intersection of Chapel Hill Road and State Road 446.

There were no injuries reported during the pursuit.

Whitaker was taken to Jackson County Jail and booked at 1:34 p.m. on a charge of resisting law enforcement and there is no bond at this time.

According to police, Whitaker just refused to stop and was not wanted on any other charges prior to the police chase.