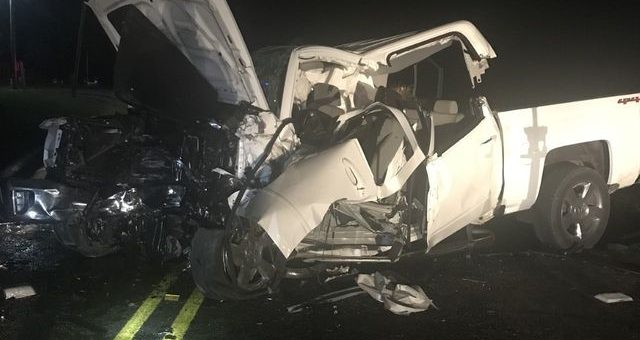 WASHINGTON CO. – Early Saturday at approximately 12:04 a.m. deputies from the Washington County Sheriff’s Department responded to State Road 135 North, near Spurgeon Road, after a report of a two-vehicle crash with injuries and entrapment.

The Salem Fire Department and Washington County E.M.S. also responded to the incident.

Evidence at the scene indicated 43-year-old Harley Gilstrap, of Salem, was driving a 2017 Chevy Silverado north on State Road 135 and collided with a southbound 2001 Chevy Silverado that was driven by 46-year-old Tony Mitchell, of Salem.

Mitchell was pronounced deceased at the scene. Gilstrap was flown to U of L Hospital by air ambulance for treatment of serious injuries.

Crash reconstructionists from the Indiana State Police were called to the scene to assist with the investigation. The highway was closed for more than five hours while the crash was being investigated.