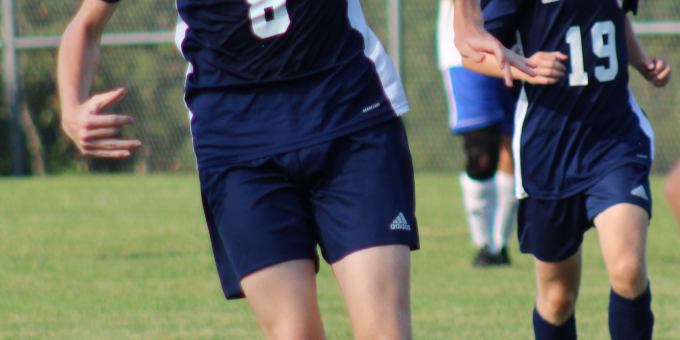 The Warriors competed with only 7 players, and the Stars shot through those huge gaps while winning by the new mercy rule. Scottsburg’s roster was depleted because of virus contact tracing and quarantines. That will be a theme for a lot of contests this season.

“It was unfortunate,” BNL coach Logan Jackson said. “I hate it for them. It was not ideal for us. But we did what we should have done. We shared the ball, and it was good to see.”

Danny Cline got the Stars started with a goal (with an assist from Josh Anderson) just 4:41 into the match. Clayton Burgess connected at 5:33, and Karter West got his first goal of the season at 22:00.

Cline followed with another score (from an Adriano Sullivan pass) at 23:00, and the Stars kept rolling in the first half with goals from Sullivan (25:30 with a Cline assist), Burgess (33:40) and Drew Davis (39:00 with a pass from Gavin Green).

BNL capped the blowout with goals from Sullivan (20:00) and Joseph Brazzell (15:14) in the second half. Brazzell’s goal triggered the mercy-rule ending (a 9-goal advantage any time after the 20-minute mark of the second half).

The Stars (2-0) will visit Bloomington South on Tuesday.