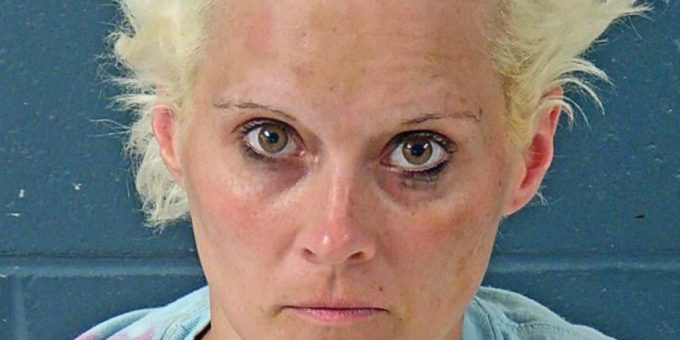 SPRINGVILLE – A Springville woman was arrested on a warrant on a charge of domestic battery on a minor after Lawrence County Sheriff’s Department deputies were alerted to a domestic situation at a home in Red Hill Addition on June 19, 2021.

According to a probable cause affidavit, 35-year-old Stephanie Bryce came to the Lawrence County Sheriff’s Department to report an adult male had injured her. Bryce stated the male had pushed her, placed his hands around her neck and slammed her head into the bathroom wall.

However, when police investigated the incident a warrant was issued for Bryce’s arrest.

The male told police the two got into a confrontation after Bryce allegedly slapped a male child in the face.

The male said after the incident he confronted Bryce about the way she disciplined the child and she got upset. He then went to the bathroom and she followed him and allegedly started slapping him. He told police he then pushed Bryce off him to defend himself.

She then attempted to leave the home and dragged the child from the house. The adult male told Bryce to leave the boy alone. The male said Bryce was hitting the boy and grabbed him by the neck attempting to push him into the vehicle.

The boy told police his mother was attempting to get him to leave with her but he didn’t want to go and resisted. He then said his mother continued to hit him and pushed him to the ground.

A neighbor confirmed they witnessed Bryce and the adult male arguing but saw nothing physical. But they did see Bryce grab the child by the neck in an attempt to get him in the vehicle.

Police spoke to Bryce again on June 20th and she denied all the allegations.

The information was forwarded to the Lawrence County Prosecutor’s Office and a warrant was issued for Bryce’s arrest on a charge of domestic battery on a minor.