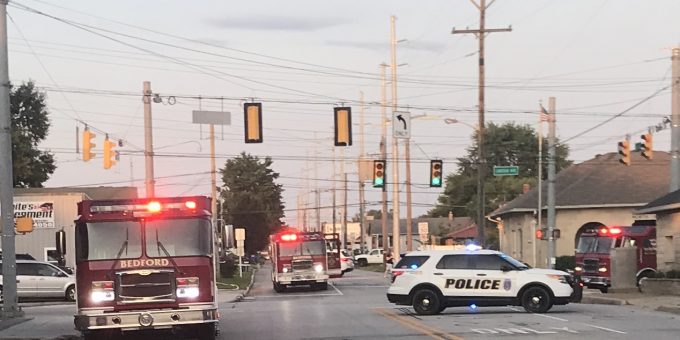 BEDFORD – The City of Bedford has hired BakerTilly to assess the salary information for all city departments. Their primary focus will include public safety.

Mayor Craig thought it was important to hire someone to do the study versus doing an in-house study on salary and benefits. There are several ways to do this type of study.

During the city council meeting Monday night Dan Hedden, CPA, and partner with BakerTilly gave a brief overview of the police and fire departments and how they ranked among similar cities based on tax spending and salaries throughout Indiana. BakerTilly used the Indiana Gateway as a primary source for this study and Economic Research Institute.

Mayor Craig chose to concentrate on public safety and elected officials at this time, due to the cost of a traditional, in-depth salary study.

After determining the factors used in comparing those cities, Frankfort, Huntington, and Lebanon were determined to be the cities closest in comparison to Bedford. Bedford’s salary was not the highest among these cities but was competitive in other factors.

At the end of 2020, Mayor Craig advised the council that he was conducting an in-house salary study. Research of wages and benefits has been a priority topic of the council since then.

While there were many factors that impacted the decision of those that exited their positions, the salary for tenured employees was questioned by Bortner.

According to Mayor Craig, the two departments with the largest turnovers at this time are the police department and the utility department.

Salary competition can also be a factor for turnover. Larger counties, like Monroe County, have a much larger tax base which provides more funding to compensate employees with a higher rate of pay and better benefits. Other factors to consider are the duties and qualifications of the position.

Recently the Bedford Fire Department has experienced some turnover with the departure of three firefighters, one has since returned. The Bedford Board of Works changed a policy back in February that is now requiring its personnel to compensate the city if a firefighter leaves within three years of their hire date.

Earlier this year, Bedford Fire Chief Hughes asked the board for a policy change that would require a new hire to reimburse the department for any equipment that is purchased for that new hire if they leave before their first year of employment is complete.

“At this time, I have $2,800 worth of turnout gear sitting in the fire station, due to a firefighter leaving within his first year of employment,” said Chief Hughes. “We spend a lot of money on training and equipment for these firefighters,” Hughes added.

“This policy is also is used in the police department, due to high turnover and we have never had this issue until now in the fire department,” added Bedford Mayor Sam Craig during the February Board of Works meeting.

The chief of police and fire chief earns a salary of $57,168.80. Police officers and firefighters have a starting salary of $44,288.28 and will max out at approximately $49,494.28 should they not receive a promotion. This is one of the reasons Mayor Craig chose to begin this salary study when he entered office.

Dental and vision were about the same across the board for employees compared to the peer group.

Paid Time off of Bedford’s public safety was the only community that had unlimited paid time off.

“This study reflects what we have already known for a while. If you look at the starting pay for a third-class firefighter or third-class police officer we are right in line with the comparison cities. Where we lose is the wage progression, the difference we have between in the chief’s and everybody in-between years three and five leave, because they do not see any upward mobility. We are paying enough to attract them, but you are not going to keep them if there is no place for them to go,” said Dan Bortner following the presentation.

“We put 18 months in training into them and we are training them for somebody else,” Bortner concluded.

Mayor Sam Craig stated that this is only a starting point and other areas of study will include department heads who manage smaller departments but make the same rate of pay as other department heads. In addition, instead of across-the-board raises, the city council may need to consider other factors in determining who and what size of raise an employee may receive.

“I agree with the study, one of the many reasons why I had it done is to address our high turnover,” said Mayor Craig.

” There is more work to be done and look at these other cities. Now it’s time for us to do some leg work. Our city employees participate in City of Bedford Health and Wellness screening this does not reflect on our insurance, if they sign up for the screening, they can save $52.50 a pay for taking part in the program,” said Mayor Craig

Several department heads along with union leaders of both the police and fire department attended the meeting Monday evening.