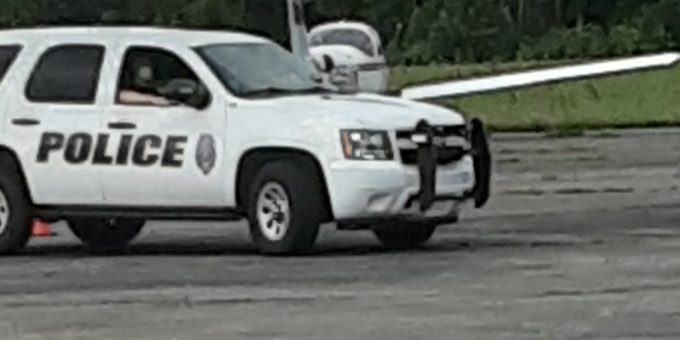 (BEDFORD) – The City of Bedford could continue to face employee turnover within its public safety departments should compensation terms not improve.

Just a few years prior, Bedford Police Department faced this similar dilemma when they dealt with high turnover within its ranks.

Past turnover was attributed to a variety of reasons. The desire to take a different career path and/or seeking better pay were two popular reasons why officers left the Bedford City Police Department in the past.

The police department has had two vacancies during the last couple of months, but worked diligently to fill those positions. The two vacancies are now filled.

Experienced turnover totals by department from January 2017 – September 2020 include:

The above turnover statistics results from mulitple reasons that include resignations, terminations, career changes, or transfers.

According to Mayor Craig, the two departments with the largest turnovers at this time are the police department and utility department. However, there is a concern that a retention issue may also occur within the fire department.

Since January of 2021, the fire department has experienced three more vacancies. These vacancies have recently been filled but are contingent on approval from IPRS.

City council members have requested a pay study of the fire and police departments.

Denise Henderson, Human Resource Director, is currently conducting a comparative wage study with cities that are of similar size to Bedford.

The city does not plan on obtaining a wage study firm, at this time, due to costs associated with such a study.

The Bedford Police Officers and Bedford Fire Fighters have matching annual starting salaries of $46,412. If that officer does not advance in rank within the department this salary would equate to $49,454 at the time of retirement. Each member of the Bedford Police Department is also given a take-home patrol vehicle. This patrol vehicle is used by the officers for both personal and professional use.

Police officers and firefighters are also given an additional length of service compensation based on the consecutive years of service.

“We do not want to find ourselves replacing good, quality employees and keep spending money on training new employees based on lack of pay,” said Dan Bortner Bedford City Council member.

Overtime compensation is one issue and priority that both departments face.

The specific makeup of overtime policies are different within each department. The standard firefighter works one 24 hour shift and is off for the next 48 hours. To qualify for overtime, firefighters must exceed working 212 hours over a 28 day period.

Bedford City Police Officers have a 40 hour work week and are compensated for any time over the 40 hours worked within the one week period.

Police officers are also eligible for overtime if they work during special intitiatives such as Operation Pull Over and Drug Task Forces, in addition to their regular patrol duties.

Overtime restitution for both Operation Pull Over and Drug Task Forces are paid through grants from the Indiana Justice Institute and Lawrence County Prosecutors office.

If the overtime funds are depleted, the firefighters and police officers must take the option of comp time.

If a police officer or firefighter works a holiday, they do not receive holiday pay but do receive an extra day off.

The fire department staff level during COVID-19 reduced to eight firefighters per shift versus the required 9 firefighters. This policy will be revised when the COVID-19 pandemic is mitigated. Currently, one firefighter is on medical leave.

The City of Bedford employees did not receive pay increases in the 2021 budget but all full-time employees did receive a stipend from COVID-19 funds.

Police and fire departments are recruiting existing police officers and firefighters across the State of Indiana in a lateral application process that gives them an overview priority.

The city has experienced a reduction in the number of applicants interested in the police officer and firefighter positions.

According to officials it’s been a challenge to find quality candidates that also qualify for these specific job vacancies.

Funding for both the police and fire departments come through the general fund and local option income taxes.

The budget for both the police and fire departments totals more than $3 million each.

Last week, the board of works passed a resolution for the Bedford Fire Department to recoup training and equipment costs when a probationary firefighter leaves the department within one year of their employment.

Bedford Fire Chief John Hughes requested the policy change after purchasing firefighter gear that is now unused at the fire station. This policy would be in effect from their hire date through their fourth year of service.

“I have $2,800 worth of gear sitting in the fire station that cannot be used,” said Fire Chief Hughes during last week’s board of works meeting. “We must be able to reimburse for a firefighter that does not stay within their first year of employment. The city invests a lot of time and money in training and equipping these firefighters.”

This policy for the police department is already in place, due to the high costs that involve training and equipping its officers.

Bedford Mayor Sam Craig has been working toward a solution for all departments.

“Our clerk-treasurer is making a couple thousand dollars less than some of our department heads and you all know how much work she does, we will be looking at pay studies across the board in all departments to make sure pay is equitable,” said Mayor Craig.