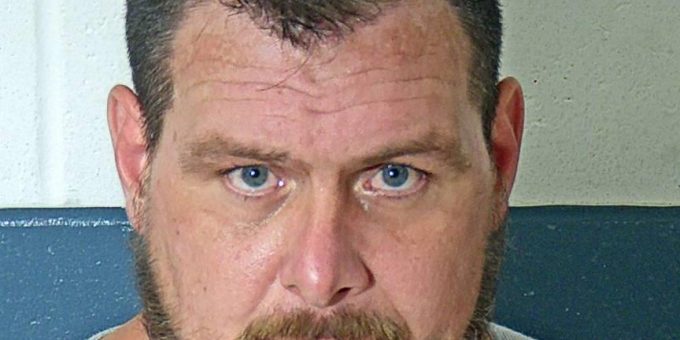 JUDAH – David Swafford, 43, of Heltonville, was arrested on a warrant after he allegedly stole items from a local gas station on Old State Road 37 on June 16th.

According to a probable cause affidavit, Lawrence County Sheriff’s Department deputies were called to the gas station after the manager reported a male came into the store and purchased one 23.5 oz. fruit punch drink valued at $2.99 and took another and stuffed it in his pocket and walked out of the store.

The manager knew Swafford who came into his store often, but this was the first time he had stolen anything. The manager said he asked Swafford to stop and warned him to not come back into the store.

The crime was captured on video footage.

The manager wanted Swafford to be issue a no-trespass order.

Officers went to Swafford’s home and he admitted to “taking some stupid things but gave them back and apologized to the owner”.  He also admitted to stealing Frito cheese dip and two Cliff bars.

The information was forwarded to the Lawrence County Prosecutor’s Office and a warrant was issued for Swafford’s arrest.