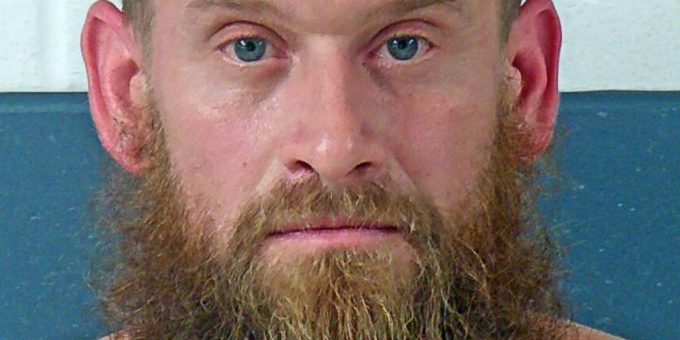 BEDFORD – A Bedford man was arrested Wednesday after Bedford Police officers were called to a fight in progress in the 1400 block of Hillcrest Road.

The argument was between 45-year-old Nathan Anderson and another man. Anderson was armed with a knife.

When police arrived they found a man lying in the driveway on his back.

Two other males were in the driveway.

Anderson told police he had been in an argument with his father and it was a “family matter” and would not provide any other details.

The officers then spoke to the other two males. One had visible injuries to his left arm and shoulder. The male said he had engaged in an argument with Anderson. Anderson had pushed him and he slipped and fell on his left shoulder.

The male was transported by ambulance to IU Health Hospital for treatment.

The other male told police that prior to the physical fight, Anderson arrived at his home and began screaming and yelling profanities at him and would not leave his home.

He said Anderson did finally leave but returned with a knife and repeatedly swung the knife at him. The man then locked the door and called the police.

Once secured inside the home, the man then looked outside and found the other male lying in the driveway with Anderson standing over him.

Anderson was arrested on charges of domestic battery resulting in serious injury and intimidation with a deadly weapon and transported to jail.