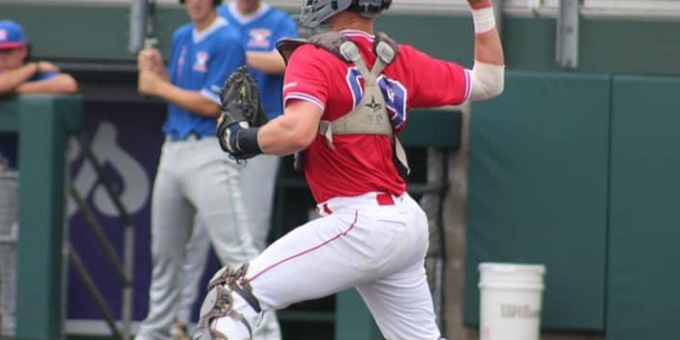 EVANSVILLE – The South All-Stars wrapped up a 3-game sweep of the North with a 7-5 victory during the finale of the IHSBCA North-South All-Star series on Sunday at Evansville’s Bosse Field.

Bedford North Lawrence’s Evan Waggoner caught the last three innings, picking off a base runner at first (the fourth runner he gunned down in the three games), and went 0-for-2 at the plate in a contest played with wooden bats.

Castle’s Blake Herrmann, who had a two-run triple in the final game, was named MVP after collecting five hits and 3 RBIs in the series.