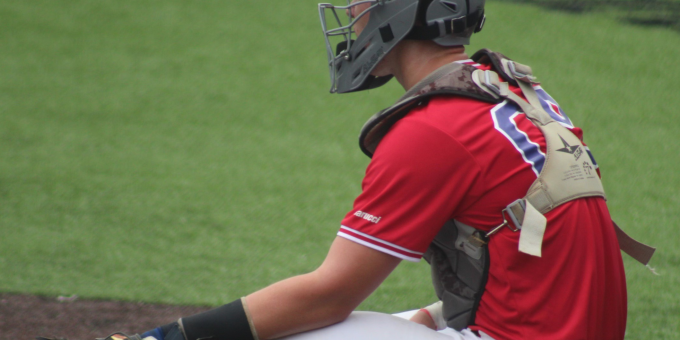 Waggoner, performing on the field where he will play college baseball, stroked three hits and drove in three runs. His performance created a deserved sense of personal satisfaction.

“Going out there against the best competition in the state, I was right where I need to be,” Waggoner said. “There is always a sense of wondering who is better, how can I prove how good I am. I think I did that today. It was really fun.”

In Game 1, Waggoner started at catcher and went 1-for-2 at the plate with a RBI single in the bottom of the second inning. He also threw out two base runners attempting to steal. The South won that contest 5-3 as Castle’s Blake Herrmann had two doubles and drove in a run.

Waggoner switched to designated hitter in the second game and stroked a RBI double off the wall in left in the top of the first. He added a game-tying RBI single in the seventh. He also caught three innings and picked off a runner at first. The South rallied for a 7-6 triumph.

“Every time you put on a uniform, it’s a game you want to win,” Waggoner said. “We all know each other, we’ve played against each other, and there is southern pride. There’s an idea the North doesn’t respect us. Today we proved we’re better than them.”

The final game, another nine-inning game played with wooden bats, of the three-game set is scheduled for Sunday at Bosse Field.