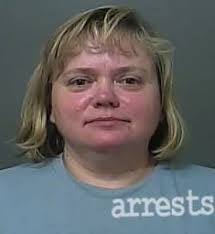 WASHINGTON D.C. – A Bloomfield woman has pleaded guilty to a count of parading, demonstration of picketing in a Capitol Building after the insurrection at the Capitol on January 6.

According to the memorandum, the parties agree to a sentence of probation, with 40 hours of community service, and an order of restitution of $500.

According to the FBI, 49-year-old Anna Morgan-Lloyd, arrested in April on charges of knowingly entering or remaining in any restricted building or grounds without lawful authority violent entry, and disorderly conduct on Capitol grounds.

The maximum penalty she could receive from the most serious charge they face is 10 years in prison, followed by 3 years of supervised release and a $250,000 fine.

“Once Mrs. Lloyd understood the destruction and lawlessness of many who entered the U.S. Capitol, she was upset, contrite, and remorseful. Though she did not defile or destroy any property, she acknowledges that her presence may have given comfort to those who committed acts of violence and acts of destruction,” stated defense counsel, Heather Shaner.

According to the initial complaint, Morgan-Lloyd was recognized after going to the Greene County Sheriff’s Office on January 22nd to apply for a gun permit.

The Greene County Sheriff’s Office notified federal investigators. The government says screenshots from social media confirm Morgan-Lloyd was present both outside and inside the Capitol during the insurrection.

In the filing, Morgan-Lloyd drove to Washington, D.C. to hear the President speak. Her defense counsel said Morgan-Lloyd hopes to one day return to the U.S. Capitol in homage and reverence to the United States.

“I have had many political and ethical discussions with Anna Lloyd. I tendered a booklist to her. She has read Bury My Heart at Wounded Knee, Just Mercy, and Schindler’s List to educate herself about “government policy” toward Native Americans, African Americans, and European Jews. We have discussed the books and also about the responsibility of an individual when confronting “wrong,” stated Shaner.

Tuesday’s filings included a written statement from Morgan-Lloyd. She said when she went to Washington D.C., her intention was to show support for the President. She said as people started walking toward the Capitol Building, she didn’t know anyone would be walking up the steps.

She wrote she was wrong for stepping into the building, but never imagined being arrested, especially after cooperating with the FBI.

“I felt ashamed that something meant to show support for the President had turned violent. This is not the way to prove any point. At first, it didn’t dawn on me, but later I realized that if every person like me, who wasn’t violent, was removed from that crowd, the ones who were violent may have lost the nerve to do what they did. For that, I am sorry and take responsibility. It was never my intent to help empower people to act violently,” wrote Morgan-Lloyd. “I take responsibility for my actions on January 6th. I will do what the court requires of me to try to set things right. I will cooperate with my probation officer fully. In addition, I will pay restitution to the court as soon as possible.”

According to the federal court database, the judge in the case set a plea and sentencing hearing for Friday morning.