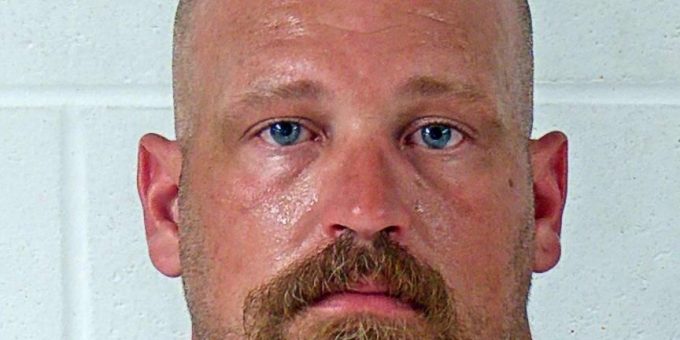 BEDFORD – A Bedford man was arrested Saturday after Bedford Police officers were called to the 2200 block of I Street after a report of a domestic fight.

When police arrived they found 37-year-old Andrew Carter and another male involved in the fight.

After police separated the two males, they found furniture that had been thrown around the living room and a large damaged television.

Carter told police his father was the one who threw around all the furniture including throwing a Playstation against the wall nearly striking Carter.

However the other male reported he and his son had got into an argument about Carter not paying any bills or “doing anything”.

The man said Carter grabbed him and threw him against the living room wall, causing the chairs to flip over. This injured the man’s hand. The man believed his finger had been broken.

The male told police Carter was the one who caused all the damage in the living room, saying he was not strong enough to lift any of the items that had been thrown.

The older of the two males told police, “he was sick of the situation with his son  and that he wished to press charges”.

Officers agreed that it was unlikely that the man due to health conditions could have caused the damage.

Carter was arrested on a charge of domestic battery.