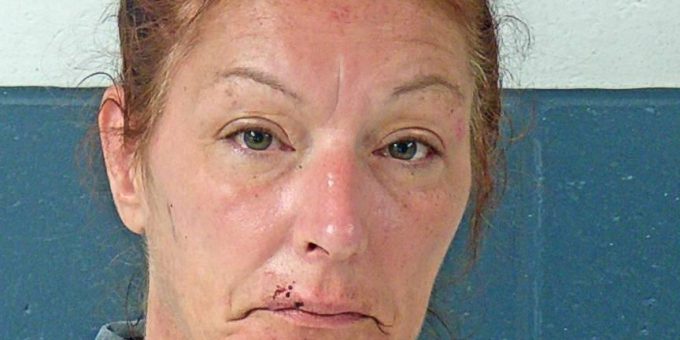 BEDFORD – A Bedford woman was arrested Thursday after Bedford Police officers were called to the Rosemount Hotel after a report of an irate female.

When police arrived at 7:44 p.m. they were met by the owner of the motel and 45-year-old Kristy Fountain.

Police say Fountain was intoxicated. Police say she was unsteady, had bloodshot eyes and very slurred speech. When asked to spell her name she spelled “L-I-A-R”.

She was then handcuffed and “shoulder checked” an officer and then did it a second time. She continued to be loud and disruptive.

Officers said she refused to follow any commands and had to be carried to a police vehicle.

The owner of the motel told officers Fountain was harassing customers and would not leave. She then climbed on a tenant’s motorcycle and refused to get off.

While at the jail, Fountain continued to be combative and argumentative with jail staff.