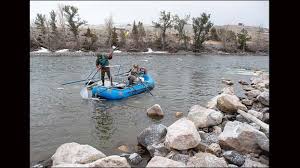 UNDATED – Environmentalists have long been pushing the government, consumers and corporations to protect our planet, promoting everything from tougher environmental standards to paperless communications and environmentally friendly products like reusable shopping sacks.

The government is stepping up. The United States just hosted a global climate change summit coinciding with Earth Day and committed to reducing greenhouse gas emissions by 50 percent – 52 percent below its 2005 emissions levels by 2030.

According to the U.S. Census Bureau’s Annual Survey of State and Local Government Finances, public spending to protect the nation’s natural resources jumped from $27.7 billion in 2014 to $32.3 billion in 2018.

And state and local governments are spending more on preserving natural resources.

According to the U.S. Census Bureau’s Annual Survey of State and Local Government Finances, public spending to protect the nation’s natural resources jumped from $27.7 billion in 2014 to $32.3 billion in 2018.

The survey includes a broad range of statistics on public expenditures on natural resources. It provides data on how much our governments spend on conservation and management of resources, such as fish and game, forestry, soil, water, and electric energy resources.

Some specific preservation programs include protection of soil and water resources, including controlling beach erosion, managing dams to prevent floods, educating the public about conservation and generating hydroelectric energy.

The survey also details government expenditures on caring for the environment, including maintaining parks and managing waste.

According to the American Community Survey (ACS), which shows employment data by sex, women held approximately 24% of the nation’s farming, fishing, and forestry sector jobs in 2019.

Part of preserving natural resources and the environment is increasing reliance on alternative power sources.

The private sector has seen increases in the number of businesses and employment in industries that generate power from non-fossil fuel sources, according to County Business Patterns data.

It looks like reduce, reuse and recycle are here to stay and the Census Bureau is tracking all data relating to conservation.