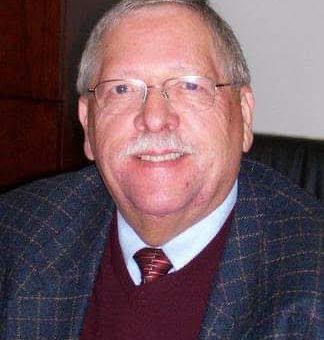 BEDFORD – Jack Voigtschild has served the Lawrence County community in various capacities over the years. Jack is known for having a “servant’s heart”. Donating his time and services with a smile and a pleasant spirit.

Jack has been a Bedford resident most of his life. He graduated from Bedford High School in 1963 and Indiana College of Mortuary Science in 1967.

In 1967 Jack served in the United States Army. He served one year in Vietnam, as a medic and received a purple heart.

“My wife spent many times making coffee on cold winter nights when I operated the Salvation Army Emergency Services Unit. She has supported me throughout my life as I spent time away from her and the family helping those in need,” said Voigtschild.

Jack retired from Western & Southern Financial Group and from the Salvation Army Board in 2016, after having serving 44 years. He operated the Salvation Army Emergency Services for several years. He also retired as a chaplain from the Indiana Department of Natural Resources in 2017 after serving 29 years, two years as lead chaplain.

He is a member of the Bedford Free Methodist Church, where he is on the staff of Celebrate Recovery and The Landing.

“I try my best to work behind the scenes, helping those who need comfort and support during their time of grief and tragedy,” said Voigtschild.

The Limestone Heritage Festival will honor Jack at the Flag Raising Ceremony that takes place at the corner of 16th and I Streets at 5:30pm on Saturday, June 26, 2021. Bedford Mayor Sam Craig will present the proclamation and the flag raising will take place along with a performance of the National Anthem. The Limestone Heritage Festival Parade will step off at 6:00 p.m. and travel throughout downtown Bedford. For more information, visit www.DowntownBedford.org