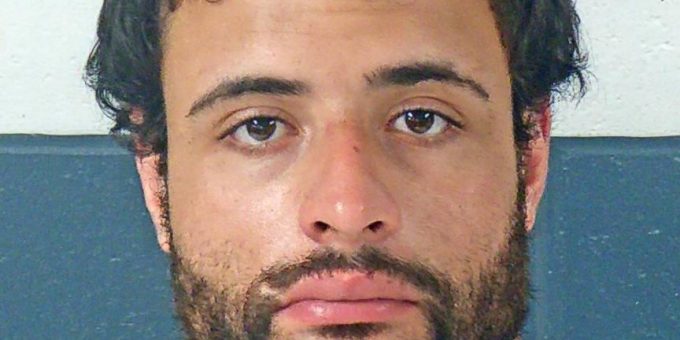 BEDFORD – An Avoca man was arrested Wednesday night after a Bedford Police officer, who was on routine patrol, noticed a silver Honda Accord with no working tail lights traveling north on Lincoln Avenue.

The officers stopped the vehicle at Knucklehead Bend gas station, at 10:05 p.m.

The officer spoke to the driver, 26-year-old Gage Sanders, of Avoca.

The officer said Sanders was intoxicated. He had slurred speech, his eyes were red, glassy and bloodshot and he smelled of alcohol.

The officer could also smell the burnt odor of marijuana coming from the vehicle and Sanders.

In Sanders’ pocket, the officer found a container that held a glass smoking pipe containing marijuana. In his other pocket, they found a digital scale.

Sanders was transported to IU Health Hospital for a blood draw.

Sanders admitted he had been drinking alcohol and smoking marijuana earlier in the evening and he was still under the influence of an alcoholic beverage at the time of his arrest.

During an inventory of the vehicle police located more marijuana and drug paraphernalia.

Sanders was arrested on charges of possession of marijuana, possession of drug paraphernalia, operating a vehicle while intoxicated, OWI endangerment, OWI with a blood-alcohol content of 0.10 percent or more, OWI controlled substance.