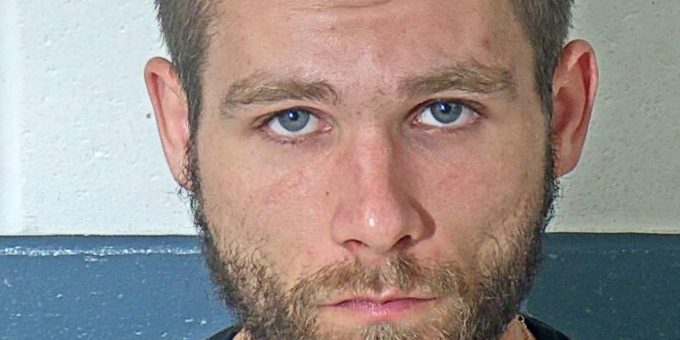 BEDFORD – On Feb. 3, 2021, at approximately 4:52 p.m., Bedford Police Department officers were dispatched to Advanced Auto Parts, 2512 16th St., Bedford, for a verbal domestic dispute between a man and a woman.

Officers made contact with a man matching that description exiting the Sunoco store.

The officers knew, from previous interactions, the man was 27-year-old Conner Morgan, of Bedford.

One officer spoke with Morgan while another spoke to the female.

The officer asked Morgan if he knew why the department was called to the scene, and he said he was yelling at the female in the Advance Auto Parts parking lot. While speaking with Morgan, the officer noticed Morgan’s hands were shaking and he kept fidgeting with a straw. He asked Morgan if he had anything on his body that he needed to know about and Morgan said he did not have anything illegal on him. However, while conducting an exterior pat down, the officer felt a syringe in Morgan’s left pocket. He retrieved the used syringe and it was field-tested on the scene and yielded a positive result for meth.