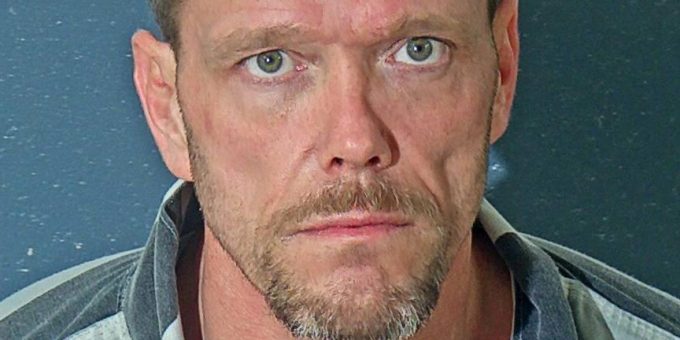 The jury began their deliberations around 5:30 p.m. and two hours later they had their verdict.

Judge Robert Cline presided over the trial. Huff was represented by Denise Laureen Turner, of Indianapolis. Prosecuting the case for the state was Lawrence County Prosecutor Sam Arp.

“We tried the case with the evidence we had,” said Prosecutor Arp. “The jury made the ultimate decision, and the jury is always correct.”

Judge Cline thanked the jury for their service.

“I would like to thank the jury for taking the time out of their day for the administration of justice,” Judge Cline added.

Huff was arrested on Saturday, January 2, 2021, after the vehicle he was a passenger in was stopped.

East is also facing a charge of resisting arrest.

East will appear in Lawrence County Superior Court II on September 1, 2021 at 11 a.m. for a pretrial conference.

According to a probable cause affidavit, a Bedford Police officer was on routine patrol in the area of 29th Street and Mitchell Road when he noticed a maroon Ford F-150 exit the parking lot of Hoosier Pete’s. The driver failed to use his turn signal when turning right on 28th Street. The officer stopped the vehicle.

The driver was Daniel Smith, East was a front seat passenger and Huff was sitting in the back seat of the vehicle.

While officers were speaking with Smith they noticed Huff moving around in the back seat.

All three were asked to step out of the vehicle.

East attempted to grab her coat and then began going through her purse and attempted to conceal items inside her sleeve.The officer had to forcibly grab East and place her hands behind her back.

Once East was handcuffed she was placed in the back of the police car.

During a search of the vehicle, the officer located two loaded syringes under the rear seat and two blue plastic baggies containing a crystal-like substance inside East’s purse.

The officer found a plastic bag with a large quantity of crystal meth – 20.97 grams.

East stated once officers initiated a traffic stop, Huff handed her the large quantity of meth over her right shoulder and advised her to “shove it” and “it wouldn’t be up there long”. East advised that she took it and shoved it up her vagina. East then stated that Huff is her dealer and she was going to buy half of an ounce of meth off him when she received her stimulus check. East stated that Huff was going to sell her half an ounce for $554. East advised that the syringes located under the rear passenger seat were not hers but Huffs.

Smith denied knowing anything about East or Huff having the meth.

Huff told police the syringes under the seat were not his and he didn’t know anything about a large quantity of meth. He said he was only with Smith to help him out and didn’t know East that well.

Both East and Huff were transported to jail and Smith was released.

While at the jail, officers spoke to East who signed a consent form for police to search her Facebook messages.   Officers were able to obtain payment of $554 between East and Huff on January 1. On January 2, East asked Huff if he received the money and the transaction was canceled shortly after.