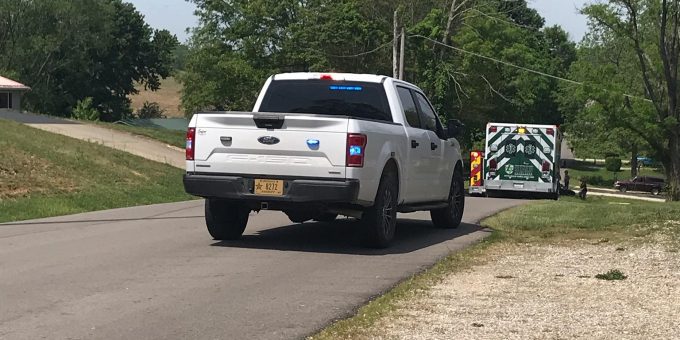 Emergency personnel received a report of a motorcycle accident at 11:34 a.m. in the 1900 block of Moto Cross Road.

The driver, 65-year-old Randy Pemberton, and his wife, 60-year-old Melody Pemberton were riding a 2002 Harley-Davidson when Pemberton drove off the roadway and overcorrected.

Randy Pemberton was transported from the scene by Seals Ambulance to IU Health Hospital in Bedford. He was released later that evening with non-life threatening injuries.