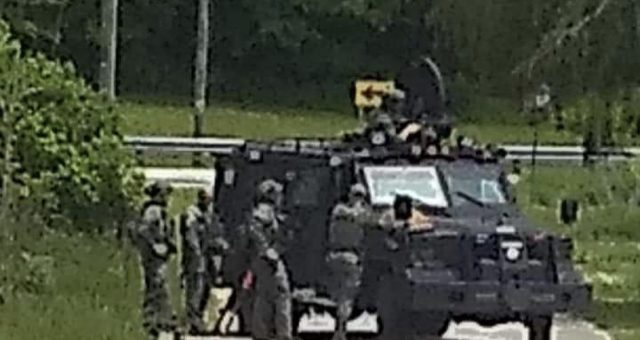 FORT RITNER – The standoff at a home on Nancy Street in Fort Ritner is over.

No information has been released at this time.

According to Indiana State Police Public Information Officer. Sgt. Mike Wood, troopers responded to the home at 9 p.m. Thursday night to serve an arrest warrant on the man. When they arrived, the man barricaded himself inside the home.

The man’s name has not been released. Sgt. Wood did not say if the man was armed.

Sgt. Wood said earlier the public was not in any danger and they have the situation under control with several ISP troopers on the scene. Also at the scene is a Seals ambulance crew.

Troopers communicated with the man via telephone and a relative was on the scene assisting with persuading the male to surrender.