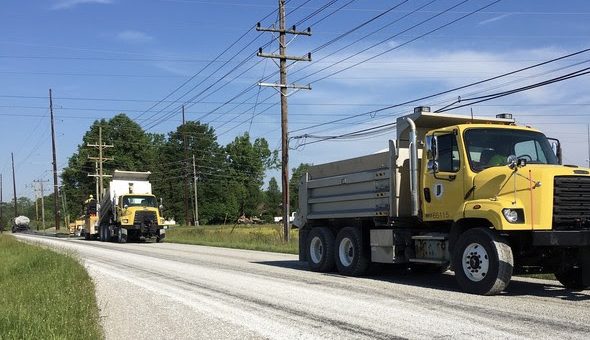 Specific locations are as follows:

Chip seal operations typically last around three to four days per location depending upon weather. Work is completed under lane closures with flagging to prevent damage to both vehicles and the roadway. During operations, existing pavement is coated with liquid asphalt, which seals cracks and provides waterproof protection. This extends the service life of the roadway and lowers maintenance costs. Once the seal coat is complete, loose aggregate is applied and swept from the road. After a curing period, crews will return to fog seal the new driving surface and apply pavement markings.

Motorists should slow down, watch for stopped traffic and drive distraction-free through all work zones. All work is weather dependent and schedules are subject to change.