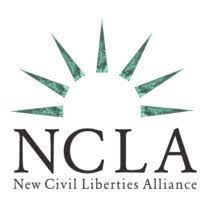 WASHINGTON, D.C. – The U.S. Department of Justice (DOJ) and Bureau of Prisons (BOP) cannot overrule Congress and ignore decisions of the courts of appeals, argues the New Civil Liberties Alliance in a complaint filed in the U.S. District Court for the District of New Jersey. NCLA, a nonpartisan, nonprofit civil rights group, seeks to obtain declaratory relief and to halt DOJ’s effort to disregard prior court decisions on prison alternatives for nonviolent and medically vulnerable people.

NCLA represents Dianthe Martinez-Brooks, a 52-year-old nonviolent first-time offender currently serving a federal prison term on home confinement. BOP released her from prison after determining that she posed no threat to the public but was at serious risk of severe illness or death should she contract Covid-19 in prison—in accordance with Attorney General William Barr’s “home confinement” memorandum.

Nevertheless, in January, BOP’s General Counsel directed the agency to order the return of more than 4,000 inmates once the declared Covid-19 emergency has ended, regardless of the nature of their offenses or their conduct while on home confinement. NCLA believes the agency has wrongly interpreted an obligation to release people to home confinement when they near the end of their sentences as a limit on how long anyone can be released to home confinement, no matter why they were released initially.

This interpretation contradicts several federal court decisions, including one from the Third Circuit, the pertinent jurisdiction in this case, which have held that this statute does not preclude having a defendant serve a much longer portion of her term on home confinement. To the contrary, the Third Circuit specifically stated that BOP is obligated to evaluate each individual’s circumstances and make a determination as to where she should serve the entirety of her sentence.

“Part of BOP’s mission is to ensure that people who return home from prison reintegrate into their communities. But BOP is poised to force thousands of people who have proven that they are not a danger to the community back to prison, contrary to Congressional directives and binding decisions of the courts.”
— Caleb Kruckenberg, NCLA Litigation Counsel

“Ms. Martinez-Brooks was a model prisoner and her conduct for ten months, while on home confinement, has likewise been impeccable. Despite this, BOP wants to send her back to prison to finish her sentence. Although BOP claims that this is required by law, in actuality, the pertinent statutes and case law establish precisely the opposite: that Ms. Martinez-Brooks is entitled to an individualized assessment of her circumstances, with the possibility of serving the remainder of her sentence on home confinement.”
— Jenin Younes, NCLA Litigation Counsel

For more information about this case visit here.

NCLA is a nonpartisan, nonprofit civil rights group founded by prominent legal scholar Philip Hamburger to protect constitutional freedoms from violations by the Administrative State. NCLA’s public-interest litigation and other pro bono advocacy strive to tame the unlawful power of state and federal agencies and to foster a new civil liberties movement that will help restore Americans’ fundamental rights.